How to Handle Squatters, Informal Settlers in Your Property

12 Questions You Should Ask Before Buying Foreclosed Properties

For Rush Sale: House and Lot in Cabantian, Davao City

Even as the Philippines marches on towards development, many Filipinos remain poor. In 2016, a survey conducted by the Social Weather Stations revealed that 10.5 million Filipinos identify themselves as inferior.

With a general lack of livelihood opportunities, inflation, high unemployment and underemployment rate, and low wages for those who find work, a persistent problem among low-income families is a lack of housing options.

So it is not unusual to find families living in makeshift huts built with whatever material is available on hand. Although this illustrates the typical resourcefulness Filipinos are known for, building houses on government or private lands gets them in trouble. Sooner or later, they’ll earn the term “informal settlers” or the derogatory “squatters.”

To mitigate the problem of squatting in many urban communities, President Ferdinand Marcos in 1975 signed the Presidential Decree No. 772, otherwise known as Penalizing Squatting and Other Similar Acts. Under the Decree, people found to be occupying or possessing the property of a legitimate owner against the latter’s will were either imprisoned or fined depending on the degree of violation.

However, PD 772 was eventually repealed by the Republic Act 8368, also known as the Anti-Squatting Law Repeal Act of 1997. R.A. 8368 not only ordered that informal settlers cannot be imprisoned but also dismissed pending cases based on P.D. 772. The Act may be sympathetic to needy families, but many informal settlers have abused this provision, making it harder for rightful property owners to assert their ownership. The proper handling of such a situation has been an issue among squatters, landowners, and law enforcers for a long time since parties involved have rights that should be respected. 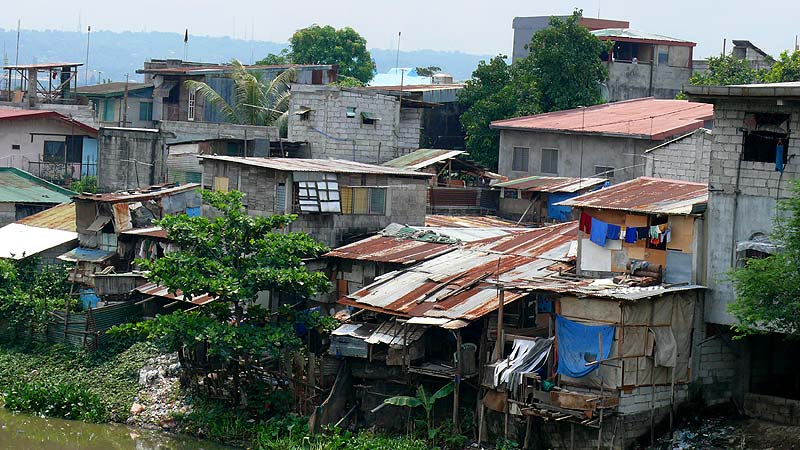 “With abusive squatters taking advantage of tedious and expensive court action, it is sometimes better for property owners to take advantage of the principle of self-defense for new or ongoing intrusions,” according to Philippine Association of Real Estate Boards National Chairman Atty. Rey Cartojano.

According to Cartojano, the principle of self-defense takes place when a property owner uses reasonable force to physically resist intruder or forcibly evicts them using a reasonable amount of effort. However, he warns that this principle “must be used with calculation and much restraint with the advisable participation of barangay officials and police officers.”

Another option for property owners, who don’t want to invoke their right of self-defense, which can quickly turn violent, is to seek help from the barangay for amicable settlement or hire a lawyer to settle the conflict.

“The legal remedy for property owners for squatters and informal settlers are detailed under Republic Act No. 7279, otherwise known as the Urban and Development Housing Act,” Atty Cartojano said. He suggested the following steps for a property owner involved in a situation with an informal settler squatting his property.

How long does the process take?

Once the designated lawyer issues demand the informal settler to vacate the property, the clock starts ticking in the legal remedy to settle the question of occupying property against the owner’s will. Once the informal settler does not heed the demand, the case will have to be filed in court. Cartojano explained that depending on the caseload of the court, skills of the handling lawyers, and the disposing ability of the handling judge, the entire process might take years to be completed.

Looking to fulfil the dream of owning a Pag-IBIG housing property this year? Acquiring properties during this time of...
Residential House & Lot

How To Settle Estate of a Deceased Property Owner