Living Near the Airport: 8 Pros and Cons

How to Apply for Building Permit in the Philippines

You might have found a beautiful looking house and lot unit, with garden and car park and offered a rate that’s slightly lower than the market rate. The catch is that it is located near the airport. Living near the airport can be a double-edged sword. Find out if this is a suitable place for you and your family to settle.

Protagonists might convince you to take the offer, as it could just be once in a blue moon offer. Owning a property close to an aviation facility offers accessibility not only to your flights but also to facilities nearby. Skeptics, on the other hand, could easily disagree as they point to health and pollution issues that you’ll be exposed to. 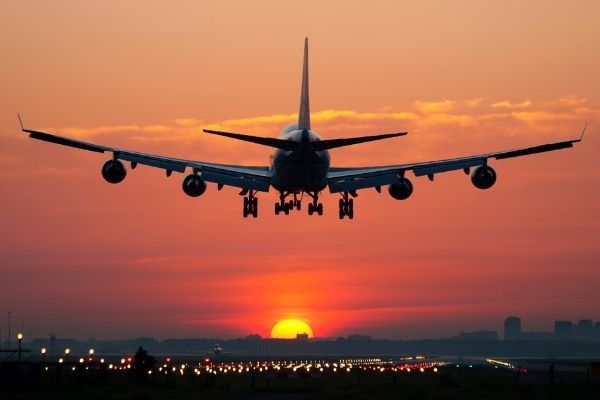 If the property is offered to you, would you take it?

Price and certain accessibility pull you to an affirmative, but health and hazard issues could sway you to the other side. Here are some of the advantages and disadvantages that might help you decide to give a property near the airport a go or give it a pass.

Advantages of living near the airport

From cargo worker to baggage handler and from the check-in counter to commercial pilot, living near the airport makes a lot of sense. Living closer to the workplace minimizes cost, and effort commuting from home to the job site.

Frequent flyers or business travelers might find it more practical to live near the airport instead of commuting further downtown, where they’ll spend more on transport, not to mention the potential risk of getting left behind by their flights in case they get stuck in traffic.

Airports are often given priority in terms of ease of travel by tourists and locals returning to the city. Such benefit also applies to those who live near the airport. Expressways or main access roads leading to the airport are usually accessible to residential locations. Just recently, NAIA Expressway was inaugurated for public use.

Close to facilities and commercial establishments

As airports upgrade to suit the needs of travelers, they also provide amenities to complement the service. For example, there are restaurants (some restricted though) inside the airport, shopping malls such as the Mall of Asia, and you’ll likely find vacant taxicabs within the area.

Property value could appreciate in the short term

If some expansions or refurbishments are in the pipeline, properties within the airport vicinity could increase in value. Such an assumption is particularly correct if your neighborhood is planned to become a future site of a commercial area.

Why living near the airport is a bad idea

Aircraft noise can impact your lifestyle

Aircraft noise is an especially obvious hazard, especially for newcomers in the neighborhood. Such disturbance can affect your sleep. While the public generally rejoices over the announcement of additional flights or destinations, your sleeping patterns could only get worse with more flights taking off or landing at the airport.

Air pollution could have an impact on your respiratory system

Living near the airport exposes you and your family to air pollution as emissions from aircraft and ground vehicles can contribute to the deterioration of air quality and cause breathing problems. The most important pollutants are usually nitrogen dioxide (NO2) and small particulates (PM10, PM2.5).

Given its access to the airport, properties nearby could carry a costly price tag.

Living near airports presents a set of pros and cons, mostly leaning towards convenience and health issues. Although these issues can be a common factor, not all airports are built the same. Besides taking these pros and cons by heart, have a closer inspection at your desired airport property.