House Blessing in the Philippines: How to Prepare for Ceremony

How to Use Street View on Your Mobile Device

How to Register Newly-Bought Property in the Philippines

Using the newly launched website www.build.gov.ph, a transparency tool that people can access to check the status of these mega-projects, the public will be made aware of how the economic blueprint through the ambitious 64 BUILD! projects translate into realization.

Here are 15 of those projects that can jump-start the Philippines into a world-class economy: 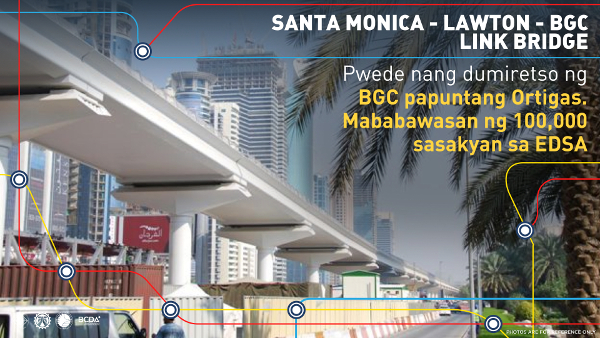 Sta. Monica-Lawton Bridge involves the construction of a 4-lane bridge across Pasig River and a 4-lane viaduct structure traversing Lawton Avenue onwards the entrance of Bonifacio Global City and the ramp before Kalayaan Avenue in the City of Makati. The total length of the projects is 961.427 m.
2. UP-Miriam-Ateneo Viaduct 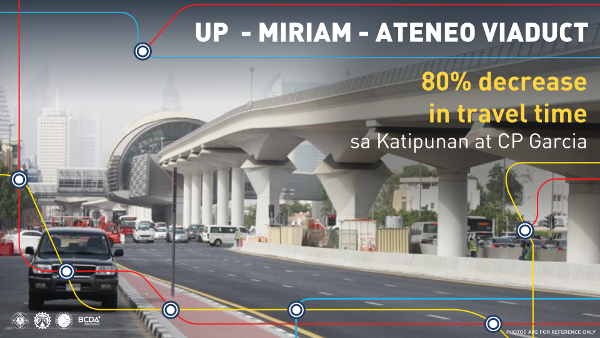 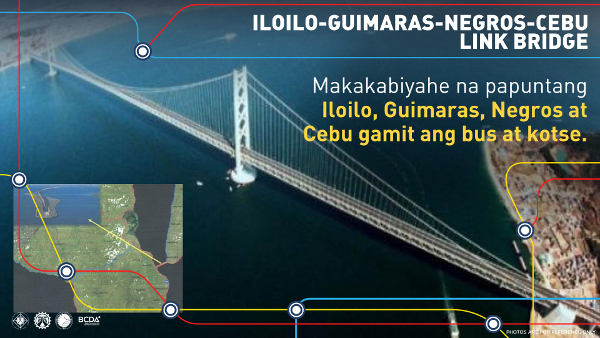 When completed, you can find it easier to travel to Iloilo, Guimaras, Negros and Cebu via a bus or car.
4. Davao City Bypass Construction Project 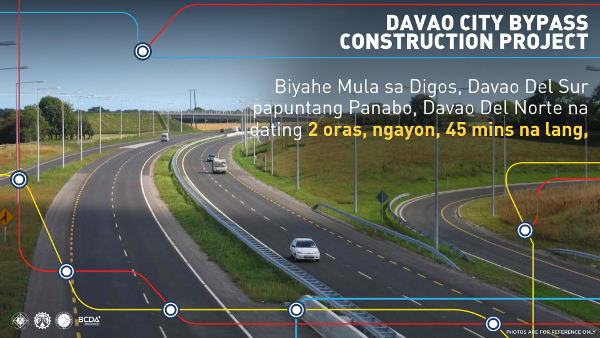 Travel to Digos, Davao del Sur through Panabo, Davao del Norte will only be only 45 minutes instead of the usual 2 hours.
5. NLEX-SLEX Connector Road 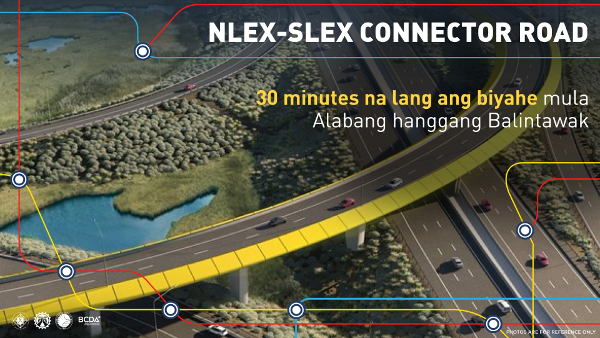 The project involves the construction and operation and maintenance of a 8 km. 4-lane elevated expressway over the Philippine National Railway right of way. It starts from C3 Road in Caloocan through Manila crossing Espana towards PUP, Sta. Mesa connecting Metro Manila Skyway Stage 3 (MMSS3). Once completed, the NLEX-SLEX Connector road is expected to decongest traffic in Metro Manila by providing an alternative to C-5 Road, EDSA, and other major thoroughfares, and cut the travel time between NLEX and SLEX to 15-20 minutes which today takes more than an hour.
6. Manila-Clark Railway 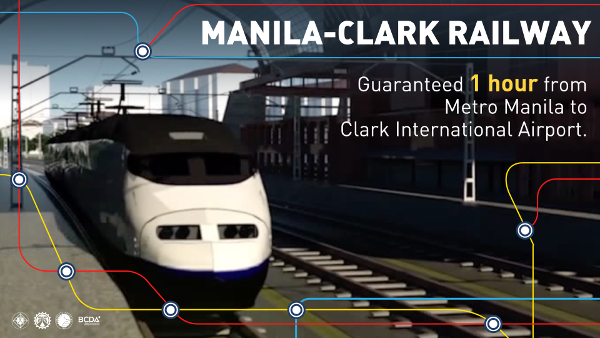 Guaranteed ONE HOUR from Metro Manila to Clark International Airport 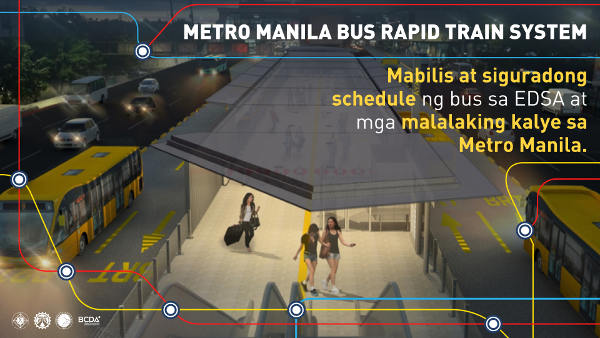 The EDSA BRT Line 2 is a proposal to establish and implement a 48.6-kilometer high-quality bus-based mass transportation system and a corresponding pedestrian and bicycle greenway network. The system consists of four corridors; namely, a main corridor along EDSA, and spur corridors along Ayala Ave. to World Trade Center, Ortigas to Bonifacio Global City, and NAIA terminals.
8. Mindanao Railway 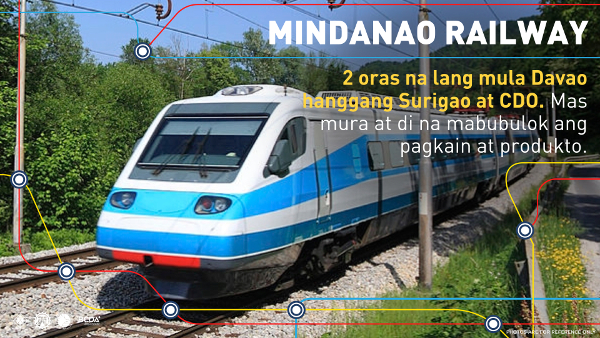 A 105 kilometer segment of the larger 830 kilometer Mindanao Railway network. The Mindanao Railway will connect major cities, seaports, economic zones, allowing for faster transportation of passengers and freight. The Tagum-Davao-Digos segment alone is expected to serve over 100,000 passengers daily in its opening year.
9. Regional Airport Development 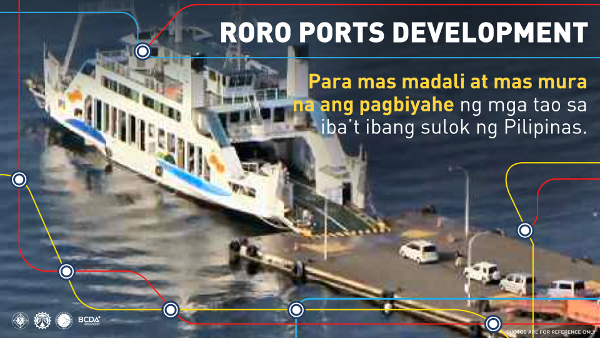 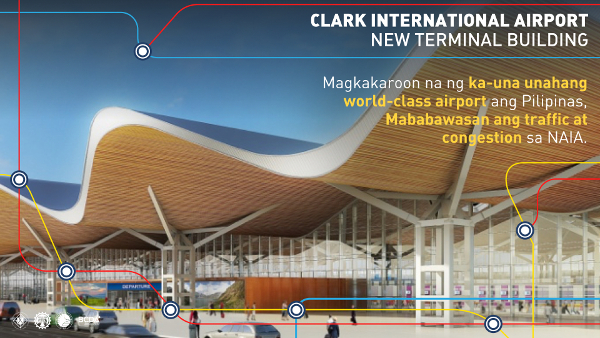 With a proposed capacity of 8 million passengers, the new terminal is expected to decongest Manila-based terminals and encourage Filipinos to use the airport as a viable alternative to the NAIA.
12. Clark Green City 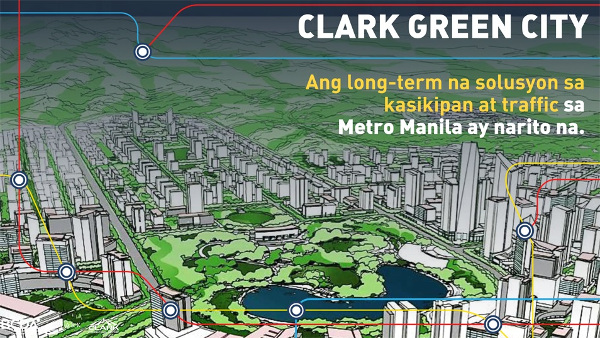 Envisioned to be the country’s  first smart, disaster-resilient and green metropolis, the Clark Green City is a 9,450-hectare master planned property within the Clark Special Economic Zone. At full development, Clark Green City will have some 1.12 million residents, 800,000 workers and contribute a gross output of approximately P1.57 trillion per year to the national economy.
13. BGC to NAIA Bus Rapid Transit System 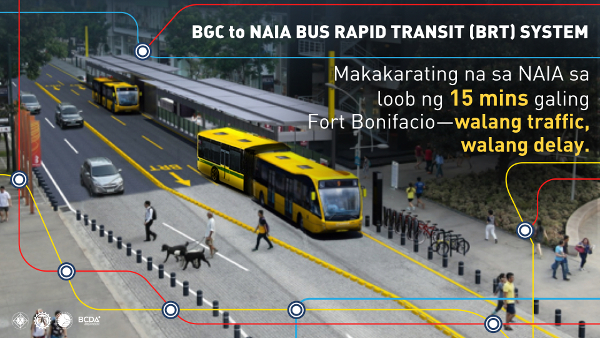 One can arrive at the NAIA airport within 15 minutes from Fort Bonifacio. No traffic and no delay.
14. Subic Clark Cargo Railway Project 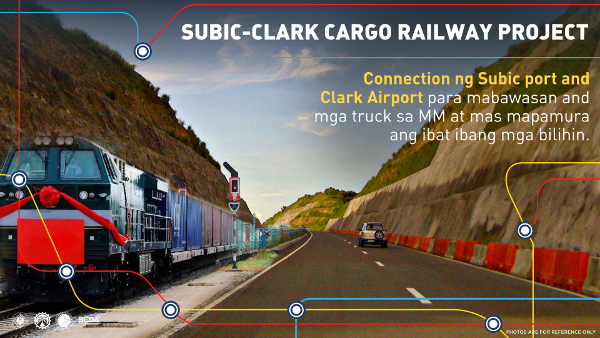 A connection from the Subic port and the Clark airport to reduce the number of cargo and delivery trucks traversing Metro Manila, and in effect, reducing cost of goods.
15. Mega Manila Subway Phase 1 from Quezon city to Taguig 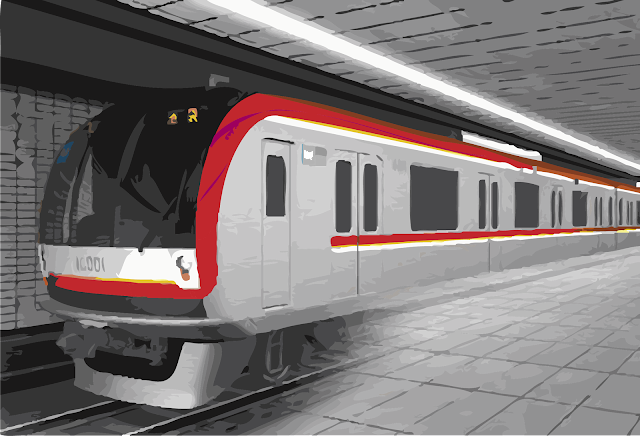 A 25-kilometer underground mass transportation system connecting major business districts and government centers. It is expected to serve around 370,000 passengers per day in its opening year alone. The feasibility study is being conducted with the help of a grant from the Japan International Cooperation Agency.